I, the writer, promise these characters from two different timelines will come together or connect somehow, but just like in AHS, I, the award winning writer, am lying because they literally never will connect to each other in the end, at all.

Nearly Six-years-old Rosie Failin decided she wanted to have a big birthday party at Duck Pin Bowling. Duck Pin bowling was THE hot spot for children's birthday parties if you loved to touch balls and eat cake in a place that smelled like sneakers. Every night before Rosie's party, her dad kept joking that he was going to use Rosie's head as a bowling ball because Rosie's head was so big and heavy, he would say. Rosie would cry a little but in the end they would laugh and laugh, as they both liked to pretend they were going to kill each other one day. So Rosie didn't think much of it when he started to sound a little bit more serious. The night before Rosie's big day, her dad was acting really strange....

Rosie's mom, Mrs. Failin, made meat loaf and her dad wouldn't eat it. He said he was too full already. Rosie's mom said, "Full from what George??????" and he said, ''SHUT UP BRENDA!" and he took a bottle of scotch and went to the garage to lay under the car. Sometimes he just gets into these moods, so Rosie didn't think much of it when he yelled from underneath the car, "I'M SO MAD THAT I WILL DFINITELY BE BOWLING WITH YOUR HEAD TOMORROW ROSIE!!!!!" Rosie COULD NOT believe he said this. How could anyone not want to roll balls down an alley that may or may not strike the pins?

The next day Rosie put on her neon green pants and went to the bowling alley with her mom for her big birthday bash. Rosie's siblings weren't allowed to come because they were grounded for stealing a Longaberger Basket from their neighbors’ front porch. It was sad, but Rosie didn't care. More balls for her! When they got to the bowling alley, Rosie's dad was already there, sleeping under a blanket. The owner was so mad and kept saying things like, "You can't sleep here again tonight, George!" Rosie was so confused, but hungry for cake, so she didn't think much of it, but maybe she should have…

All of Rosie's friends showed up and they gave her cool presents. Jimmy gave Rosie a fully alive swan, and Beverly gave Rosie a gun. It was good stuff. Really good stuff! Everyone had taken their first round of tries to get the pins down at the end of the alley, and it was now Rosie's dad’s turn so she turned to her dad and said, "Good luck dad!" and he said, "Do not tell me what to do" and then, SUDDENLY he picked up a big knife that he had been hiding under his blanket and abruptly chopped off Rosie's huge and heavy head. Rosie was pissed, and surprised. This isn't how she pictured her birthday party to be. Not even at all. He looked like a DD (a demon dad) as he was doing it. All of Rosie's friends ran out of the bowling alley screaming. He then yelled at Rosie, "Don't look so shocked… I told you I was going to bowl with your head!!!!!" Rosie's head honestly didn't get too far down the alley. It didn't knock down even one pin. Her fat nose stopped the head from perfectly rolling and gaining momentum. It was honestly a horrific act with no purpose.

That was the last time Rosie was able to eat cake. She can still chew it now, but when she tries to swallow it, it doesn't have a body to go to and ends up coming up and out through her nose and eyes. Locals say that if they are having a birthday party at Duck Pin Bowling they can still hear the hauntings of the Failin family roaming the alleys. Once Jimmy Dore was shitting in the bathroom and he heard angry whispers from the toilet saying "fat head" or something like that. The whole town is freaked out by this travesty and possible haunting. Rosie's dad is spending the remainder of his natural born life in prison, but once he's a ghost, who knows where he will reside. Maybe in the bathroom at Duck Pin Bowling Alley. As they say, you only turn 6 once... and speaking from experience, it's TRUE. 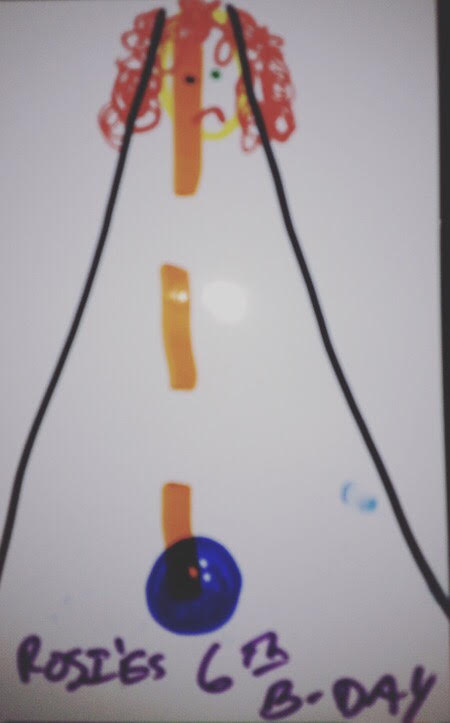 [you need to listen to ritchie valens's song "sleepwalk" while reading this story. it can be found on youtube]

This is a true story. It happened to my friend’s sister’s cousin when she was 16 and went on her first date in the year 1954.

So your name is Mindy and you are on your first date with Peter, a nice fellow from school who wears v neck sweaters and penny loafers. You have a lovely time at the bowling alley in your poodle skirt and saddle shoes, but it’s getting late and he still hasn't kissed you.

You leave the bowling alley, drunk on anticipation and flirting only to find that Peter is now driving you towards that place kids talk about in school. Could it be, you wonder? Is Peter driving to make out point with me?

Your questions are quickly answered as he drives towards the ending of the top of a cliff surrounded by other darkened, parked, fogged up cars--underneath a beautiful, moonlit sky.

He asks you to close your eyes. You imagine what you will look at together once he lets you open them. The big dipper? A full moon? A dick? Your heart fills with an intense sense of yearning, as you know that that kiss is surely on its way...

Peter says, ”Open your eyes,” and you do. Only he is not looking up at a starlit sky--but down, at the bottom of the cliff at a burning vehicle.

Upon closer look, you realize that it is not just any burning car... but it is Peter’s burning car. The same one you are in, only there’s a duplicate. You put on your cat glasses and squint down below to view the people burning inside of the car alive. They are you. Mindy and Peter. They are kissing. Their skin is melting and fusing together. They are hot, but also... in love.

Just then, you look into each other’s eyes. Peter rests his hand on your cheek and you know the time has finally come. You begin to kiss, and peter loses his grip on the brake pedal and the car slowly starts to roll off the cliff of make out point.

Just then, the car at the bottom of the cliff has finished burning and completely disintegrates into a mound of ash. The Current You falls and takes its place. You start burning alive while kissing, and a new version of you and peter that just arrived at make out point rolls up to take your former place. And it goes on and on and on forever just like that, never changing. And you always burn alive. 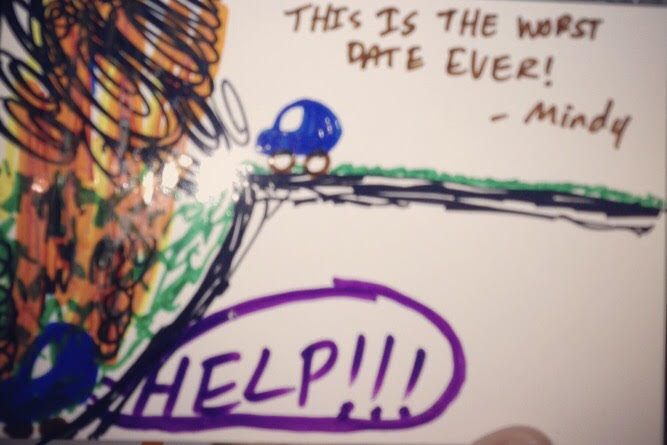